Christmas cards to support Astusjodur are sold at Bóksala Stúdenta at Háskólatorg. The cards are size A5, folded (double) with envelopes.

Location: Harpa Concert House in the Hall of the Northern Light

Don´t miss the opportunity to hear great musicians perform on stage and at the same time support Ásta’s Fund. All the artists support the Fund:

Buy in advance !   Tickets in Harpa or wia web 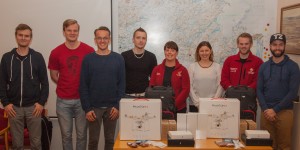 Astusjodur will continue to support the rescue teams to improve their methods for searching for people in difficult areas. In collaboration with the resue teams further equipment have been ordered. The people behind Astusjodur are glad to see how interested the resque teams are in this project.

In December 2014 Astusjodur delivered four search drones to the rescue teams at Hvolsvöllur and Hella in South Iceland. Including two cameras and two infrared cameras to bee attached to the drones. These are the first drones used by a rescue team in Iceland. The teams hope the drones will be of great help in searching for missing people in difficult areas.

Greeting cards and christmas cards to support Astusjodur have been available since December 2014. The cards are size A5, folded (double) with envelopes. To order cards please send an email to kort@astusjodur.is  Here you can see the pictures of the cards.

Drones have been ordered for the search and rescue teams at Hvolsvollur and Hella, southern Iceland. The drones and technical equipment have  been chosen in collaboration with the teams. The drones are expected to be of great help in searching for missing people in difficult areas. Improved knowledge and techniques for search in the difficult situations often encountered in Iceland is a main interest of Astusjodur. The drones will be delivered to the search and rescue teams as soon as they arrive in Iceland.

A group of brave women and men ran in support of Astusjodur in the 2014 Reykjavík Marathon. Many thanks to the runners and those who donated to support them.

Astusjodur has received the following proposals for projects in 2014 – 2015: